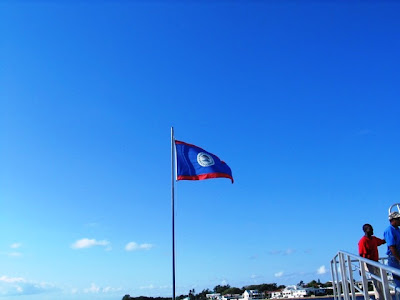 I made Deb pose with this pirate as we made our way off the tender. The flag of Belize was flapping in the breeze. Belize used to be known as British Honduras, and is the only Central American country where English is the official language. 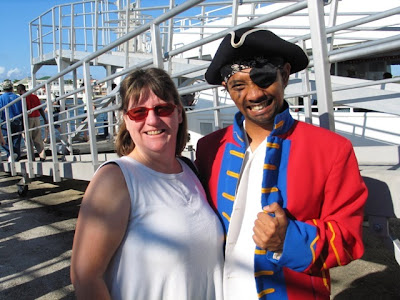 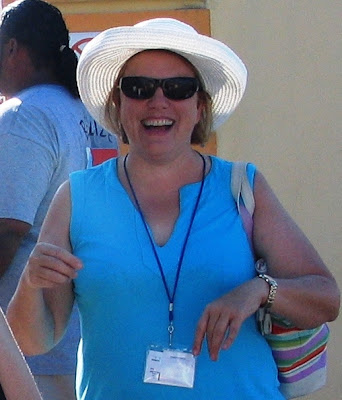 When we got to the end of the dock, a friendly face awaited us. Carol was going on the expedition with us. Whereas the four of us were just getting dropped on the island of Caye Caulker for a day of bumming around, Carol would be going on a dive out on the reef. She’d already made contact with the tour guide, who was anxious to leave ASAP, even though we were all an hour early. He hadn’t been aware that the ship intended to leave so early – 3:30 PM instead of a typical later time. Carol said there were only two other people from our ship to complete our expedition and then we could go.