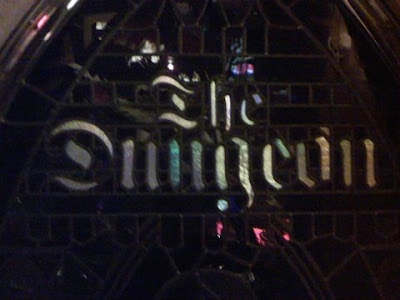 After the parade, I went off somewhere to try to get the internet thing going, but it was a bust. Deb had said they were all going dancing at the Dragon’s Lair, but that turned out to be a nightclub in the same spot on a different Royal Caribbean ship! Instead, I found The Dungeon, which became the scene of much hilarity and many good times, dancing and drinking the night away.