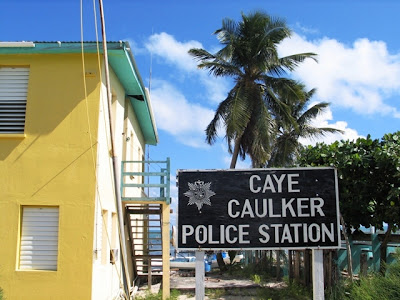 The rendezvous spot was near the Caye Caulker Police Station. There was a second-floor open air seating restaurant nearby where we saw Carol, who called down to tell us what shop Deb and Barbara had disappeared into. 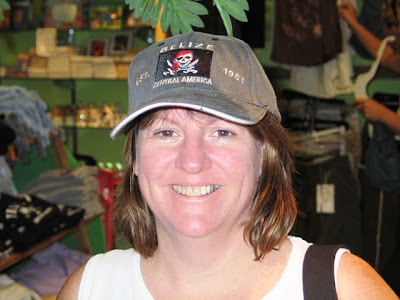 Deb put on this pirate cap and for the first time since I’ve known her, I saw a very strong resemblance between Austin and his mom! I think maybe every time I see Austin, he’s wearing a cap. 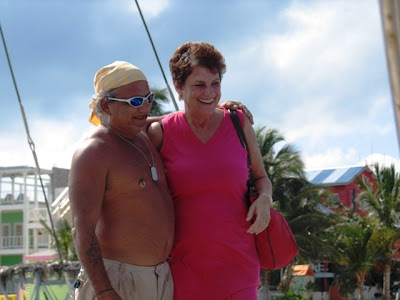 Barbara poses with a complete stranger who had a weirdly named boat tied up on the dock near ours. I’m sure Deb or Carol will remember the name of the boat. Me, I was under the influence of two Kahlua coladas at the time, and we’re lucky these photographs are in focus. 🙂