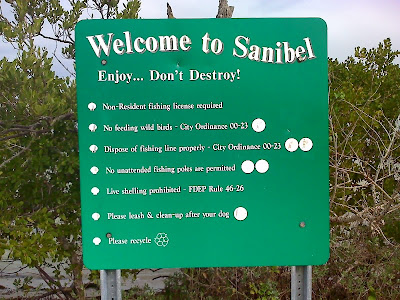 At Jerry’s, Kim had the blackened salmon sandwich, and I had my “usual” – the “Sanibel Boat”. It’s half a pineapple that’s been hollowed out (they give you the chunks they removed) and filled in with FRESH seafood salad. You get other fruits on the plate, and cottage cheese too (which I never eat). Also a little loaf of wheat-ish looking bread. We both slugged down mass quantities of iced tea as well.

After Jerry’s, we decided to hit the bay side of the island a bit, so we lit out for Dixie Beach. 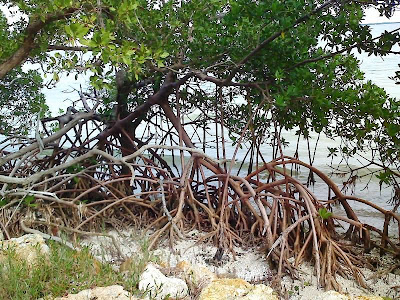 There wasn’t a whole lot going on at Dixie beach. The tide was very high, so there was really no beach to walk on. We made several forays down to the water via the rocks, but there wasn’t really anything to see except for these lovely mangrove roots, above. The sky was starting to look a bit threatening, too. 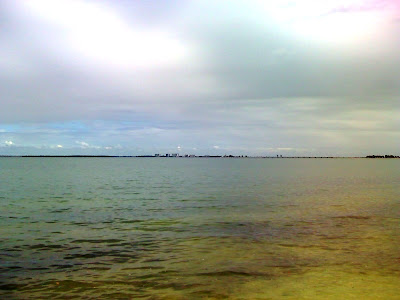