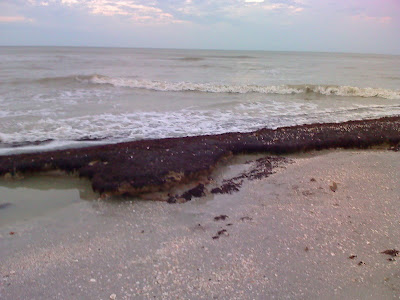 Finally, I am introduced to the infamous “The Rocks” place! Tidal pools had formed before them, with more live critters burrowing around. They are covered with vegetation, and looked like they would be slippery, so I refrained from climbing upon them. 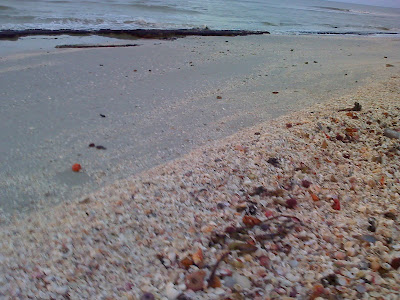 Right in front of The Rocks, there was a pretty substantial pile. Upon seeing it, I was immediately regretful that I’d left the rake back in the car. It seemed like all the bigger stuff had slid down the back of the pile, so that’s where we began picking through it. Lacking the rake, I squatted a lot and used the stick end of the net-on-a-stick to move layers aside and find good stuff. There were a LOT of live banded tulips, and quite a few calico clams chattered at me from the depths. If it had an animal in it, I returned it to the tidal pool in front of The Rocks. Yes, Tink’s *~*~* “Second Chance” program was in full force today!

Bonnie and I spread out for a while, attacking different sections of the pile. Here she is, with the sun rising behind her. 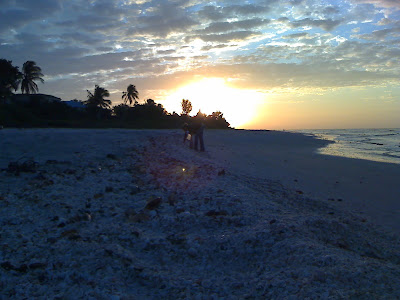