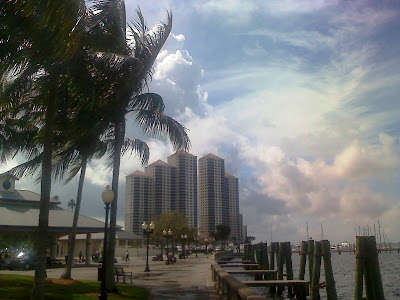 Above, we have some amazing cloud formations serving as a backdrop for the majestic high-rises. You can see from the palm tree that there was a fairly good breeze coming in over the water, which was a good thing because it sure was hot today! 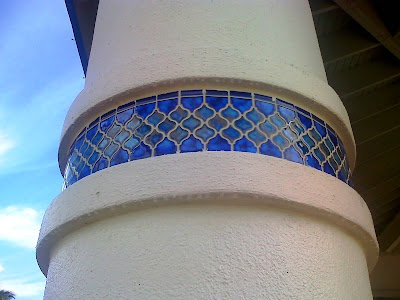 Above, some tiled detail of a pavillion, under which there were some women and children setting up a meal on picnic tables, which they’d covered with brightly colored plastic cloths that flapped in the wind. 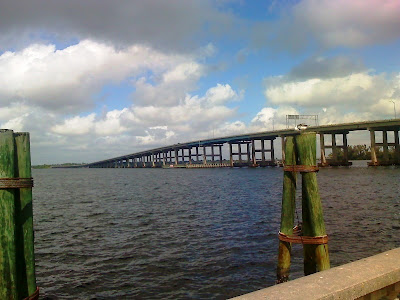 I only took the picture above because I wanted an excuse to hover nearby and listen to what was going on with reference to the sign below (took that pic surreptitiously). There was a semi-circle of people, probably 20 of them, sitting around discussing the bible. They all apparently brought their own seating, for the semi-circle consisted of a wide variety of stools, camp chairs, beach loungers, and even a few metal folding chairs. It did not feel it right to take their picture while they were at their Sunday worship. But I thought it was pretty cool that they have their services outside in a beautiful setting, and I found their conversation interesting. It was all about what temptation means in this day and age. 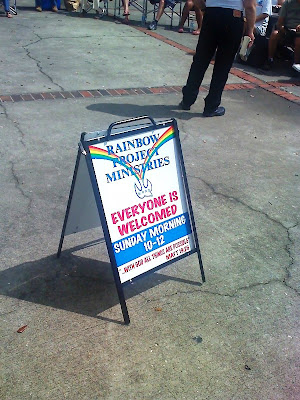 One thought on “More sights”