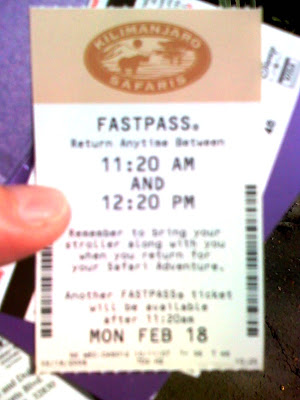 After breakfast and the inevitable pressed penny machine hunt amongst the shops at the front of the park, we treked up to Africa and secured Fast Passes for the Safari. We also went through Pangani. I think the photos from that are on the big camera, which I probably won’t purge/post till I get home. 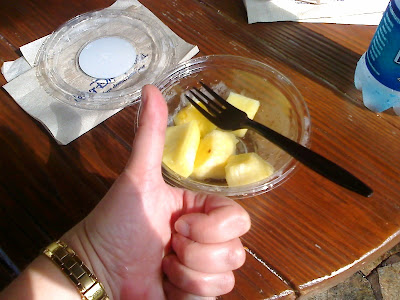 In Harambe, up near the Safari, that’s one of the few places in the AK where you can get reasonably fresh fruit. So we stopped for a healthy snack, if only so I could tell No. 2’s parents that we did. The golden pineapple was crisp, cold, sweet and delicious. 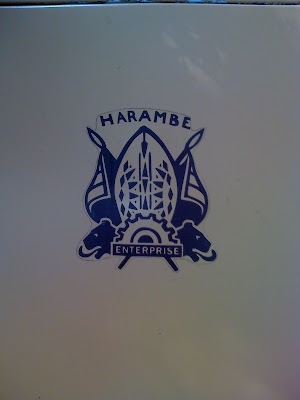 Here’s the seal of Harambe Enterprises, which adorns various things up there, such as trash cans (from whence this one comes). All around the parks, there are lots of different trash can art/logos. I wonder if there is a whole Department of Trash Can Theming. I wonder what sort of people are members; did they sit around drawing and dreaming when they were whippersnappers, sighing, “Someday, when I grow up, I’m gonna be a Disney Trash Can Artiste!”?