Part 2: Into The Rookery 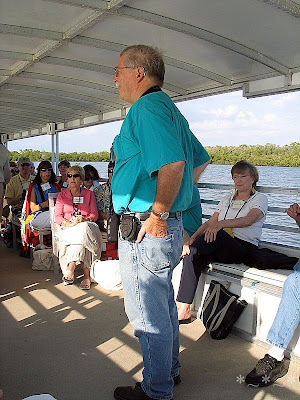 Dr. Jerry Jackson is a professor at Florida Gulf Coast University. He’s kindly and energetic, and demonstrates a keen, bubbling-over enthusiasm for his subject, namely – birds! Dr. Jackson doesn’t always do this eco-tour; I have the impression it was a special treat for all us public radio geeks who listen to his radio spot on WGCU every morning. 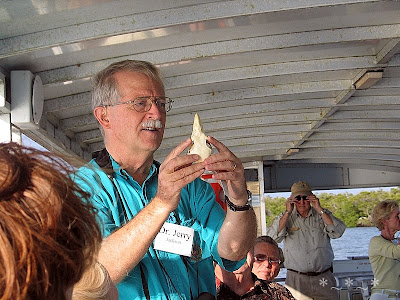 He started off by telling us about the word “rookery”, which he points out has “rook” at it’s root, which is a European crow. Indeed, dictionary.com tells us that this is so, and also points out that “rook” can also mean “to swindle”. Perhaps the verb arises from a crow’s proptensity to swipe things. So if a crow is a “rook”, then a crow’s nesting place is a “rookery”, a term which came to be more broadly applied to places where any types of birds have their colonies.

The Importance of Mangroves 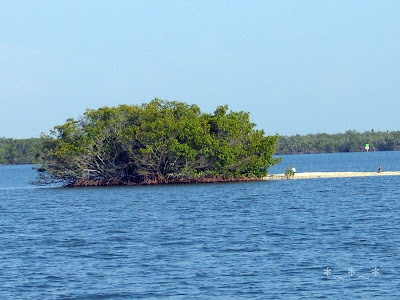 A little mangrove island with some critters hanging out

Dr. Jackson apparently loves words nearly as much as he loves birds, for he went on to expound upon the word “mangrove, remarking that the roots look like the legs and feet of a “man”, and that they grow in a “grove” or tight grouping. 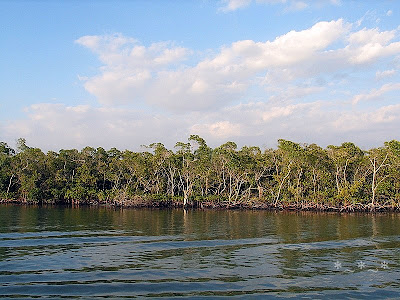 A display of mangrove roots 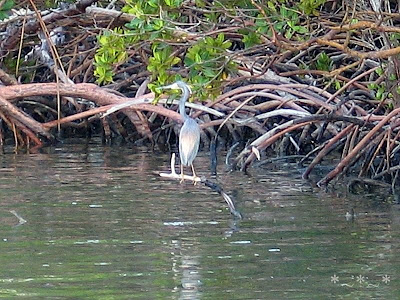 A tricolor heron rests in the tangle of the mangrove roots 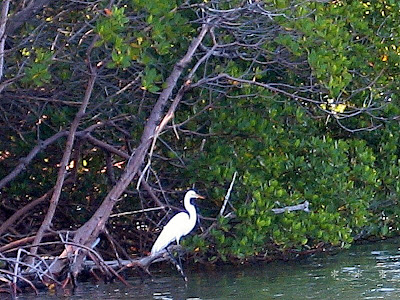 An egret wades for his dinner among the mangrove roots

NEXT TIME: More about the mangrove islands and their inhabitants.