But first, a disclaimer: I attended the Festival this year on the very last few days that it was in progress. Comparing this year’s experience to experiences past, I found a Festival that was a lot more sparse and bare than in years past. For instance, there were no animated topiaries or any sort of display at all behind Spaceship Earth. In years past, this space has held things like Belle and the Beast waltzing, or the first five “hidden” Mickeys out of the 50 that were sprinkled around the park one year. 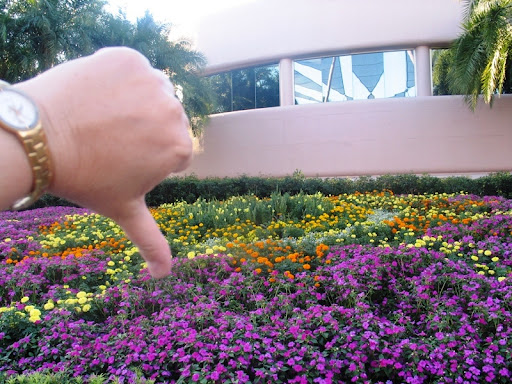 Nice flowers…. why no display?

Another area that was looking bare was the “rainforest” next to the Mexico pavilion. Normally, this area is dripping with exotic orchids during the Flower & Garden Festival. This year, I had to look long and hard before finding just ONE orchid plant, hidden in the shadows.

In another area there was a sign, but no associated display. 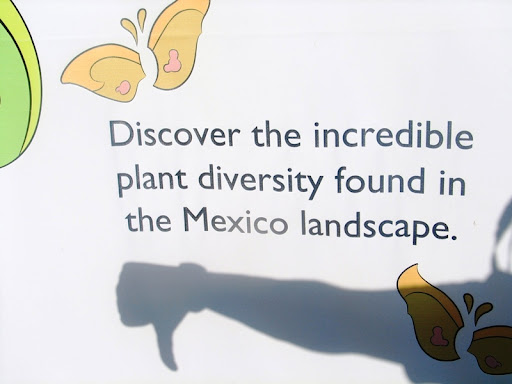 I was wondering whether the sign was displaced, and then it dawned on me that the dismantling of the Flower & Garden Festival had probably already commenced, despite the advertised end date of June 1st (I was there from May 24th through May 27th). The only other explanation is that the 2008 Flower & Garden Festival was not as well funded as in years past, and that there wasn’t a rainforest or a behind-Spaceship-Earth display at all this year. If anyone reading this was there before I was, please leave a comment and let me know – were there orchids in Mexico?

OK, enough preamble – let’s get on with it! 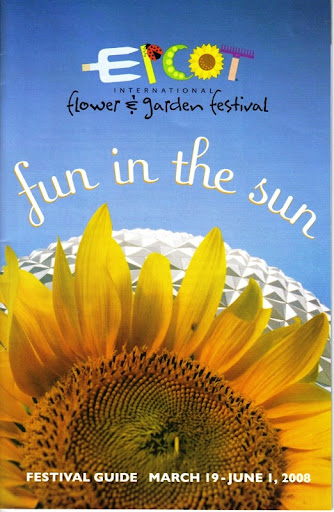 Today’s post is devoted to a few miscellaneous garden features that caught my eye. First among these came from the space that was called The Key To Outdoor Living. In past years, this space was called “The Ultimate Backyard Garden” and was presented by Home Depot; this year, the sponsor was DuPont. The space features outdoor furniture and cooking appliances, a fun kid play area, water features and many whimsical decorative touches, such as this wall. 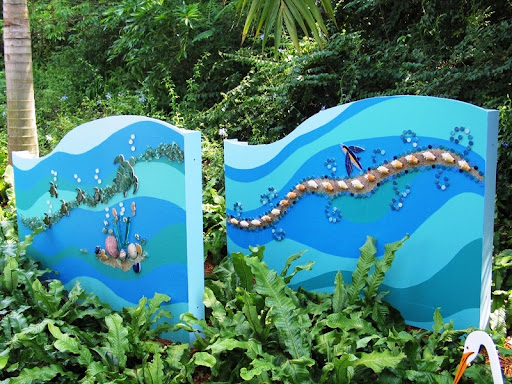 Hmm, I wonder why this caught my attention? Could it be…. wait, let’s have a close-up! 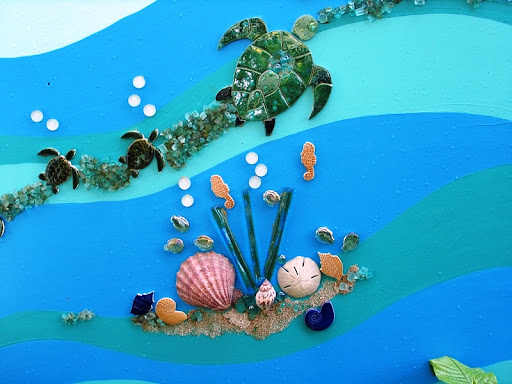 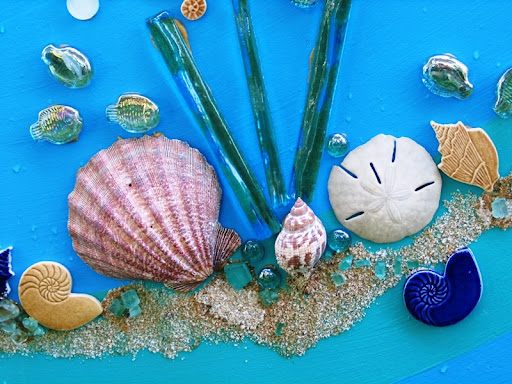 You know, i’ve never seen a WHOLE lion’s paw, so I’m not really sure that’s what the one on the left is. But the middle specimen was definitely a drool-worthy true tulip, and the disc on the right was a very real sand dollar. If you look back at the first of these three photos, you will see that the right panel is decorated with a series of Florida fighting conchs; those were the real deal, too.

Coming out of the outdoor living space, I spied a series of pineapple-shaped cutouts in the white fence. It was hard to get close enough to shoot through them. Pineapples are a symbol of hospitality that have been carved into bedposts, banisters and other architectural details since American colonial times. If you want to read more about that, here’s a great page that tells the story. 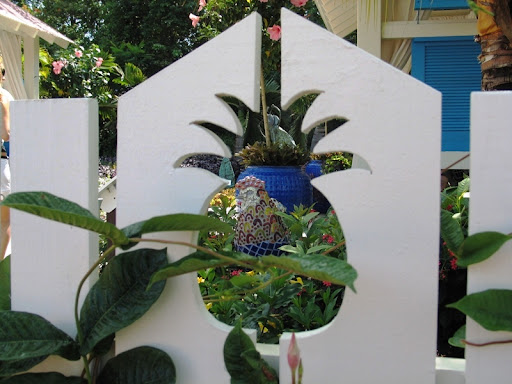 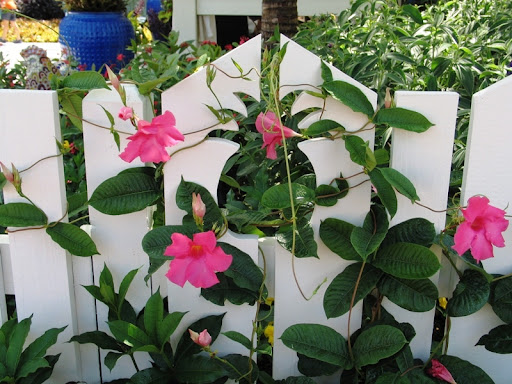 Over near the Rose Walk, there was a garden set aside called Peter Pan’s Neverland Garden. Among the sights in this garden were a few little “fairy houses” sprinkled here and there. 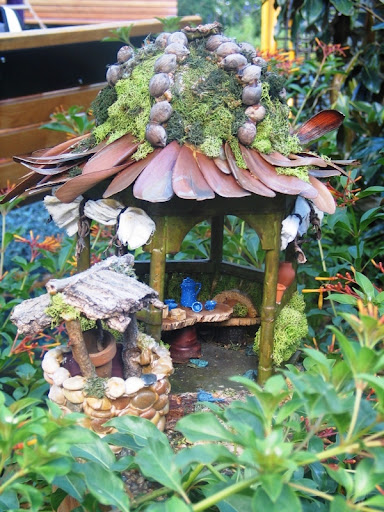 Here’s one of my favorites. I love the little stone well out front, with a flower pot for a pail. And the table ware was just adorable! 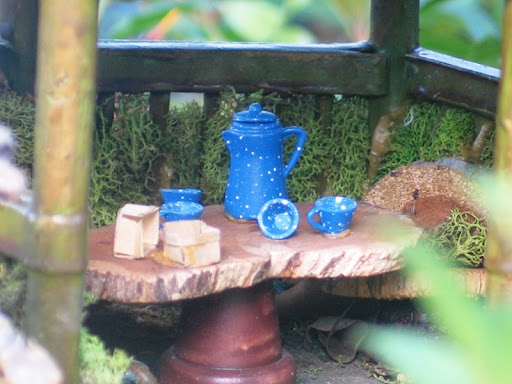 Down by Future World, in the building that now houses the character meets, I spied this great mural of Pluto, floating on a lounge chair amongst the clouds. He’s either going to eat those daisies, or else plant them! 😀 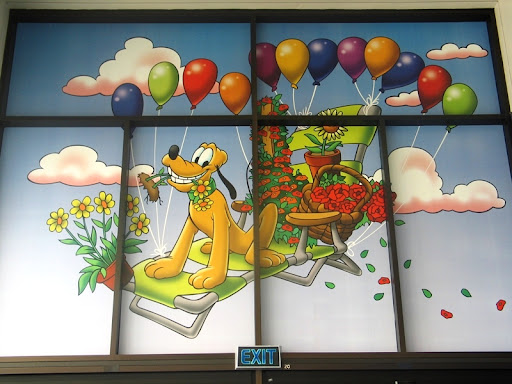