A few weeks ago, my Ruby Tuesday entry consisted of some Disney’s Ladies in RED. Well, the post was really popular, and folks seemed to like it so much, I decided to dig around in my photos and see if I could find any other Disney characters that were sportin’ a little RED.

First up is a little guy we all know and love – it’s Pooh! Can’t you just hear him saying, “Oh, bother!” as he floats up, up and away? Can you find the “hidden” Mickey in this photo? 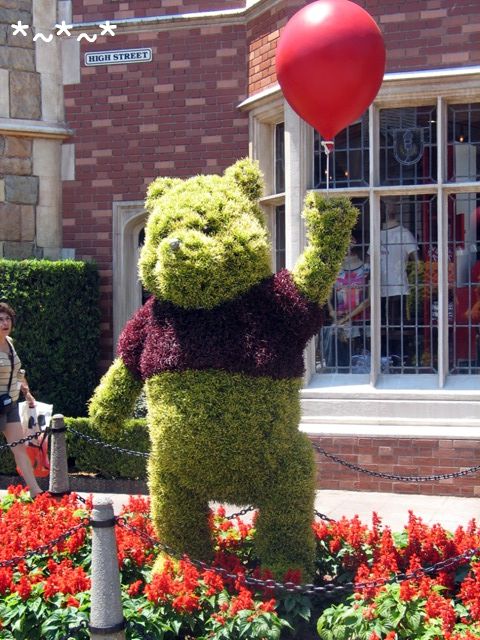 Next up – why, it’s Hook and Smee! Hook is everyone favorite Disney pirate. Okay, he’s not quite as good-looking as Johnny Depp, so maybe he takes a back seat to Captain Jack Sparrow these days. But he’s still quite dashing in his all-CRIMSON ensemble, while the faithful Smee stands by with his fashionable RED headgear. In this photo, I’ve kindly pointed out the “hidden” Mickey. 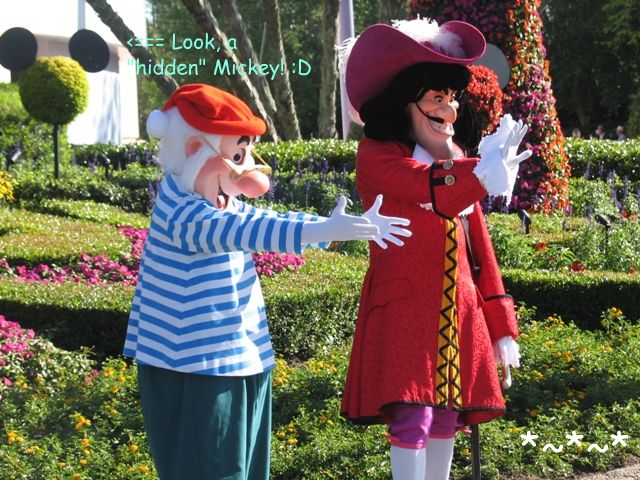 Our final image was captured at Downtown Disney, in the big World of Disney store, in the room where they sell the pin collections and the watches and such. This is the hand of possibly the earliest of Disney’s “Villains” characters to appear on the silver screen. Snow White premiered in 1938, and it is she for whom the poisoned apple is intended. 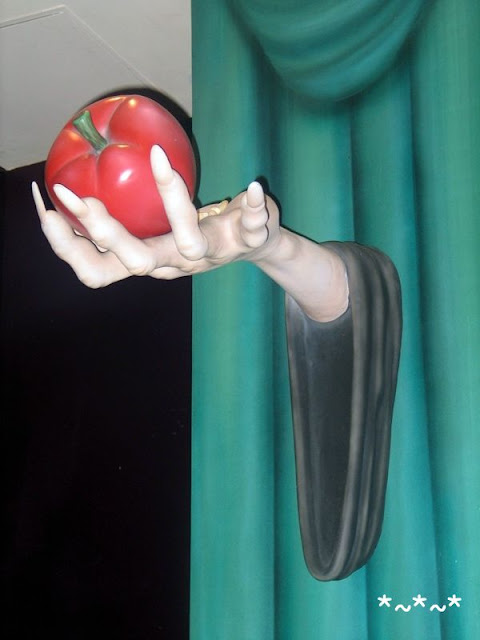 In a few more weeks, I’ll be headed to Walt Disney World in Orlando once again. I’ll be going there with different eyes this time, now that I’ve been playing with photo memes. I’ll be looking for lots of red for Ruby Tuesday and lots of sky for Skywatch Friday. Not to mention, lots and lots of critters, both real and imaginary, for Camera Critters.

Oh, and I’ll be mobile photo blogging a good deal of the time as well! Stay tuned, it’s coming SOON!

DID YOU KNOW? You can tell me if you liked this post (or not) by clicking the rating stars below!