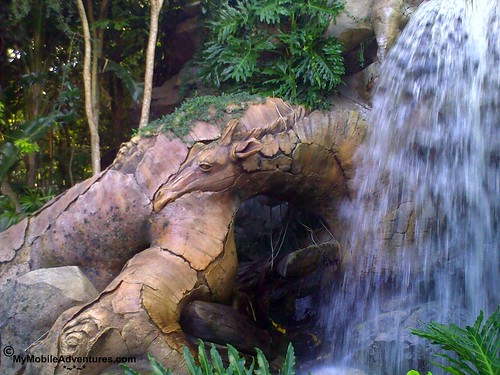 🙂 My head was still swimming with the mysteries I’d learned about torri gates and goddesses as I browsed my photos yesterday in search of a Wednesday offering. My eyes came to rest on a photo of the giraffe by the waterfall. This is one of the scenes carved into the Tree of Life at Disney’s Animal Kingdom. Each time I visit this theme park, I can spend an hour or more just wandering the paths that wind around the Tree. I find this area to be an oasis of sorts, far removed from the noisy crowds. The only sounds are the soothing rush of the waterfalls and occasional bird calls. 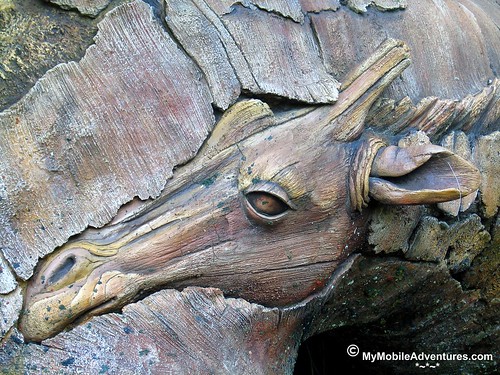 Curious, I fired up google and entered “giraffe symbolism” and found that some traditions believe that giraffes possess superior vision and perceptiveness. There seem to be two factors that influence this belief. One, the giraffe is very tall and can therefore see further into the distance than other animals can. It is said that if the giraffe is your totem (animal spirit guide), then your ability to see into the future is enhanced. Two, the giraffe has a third horn, but it is hidden beneath a flap of skin just above the eyes. This is said to represent inner perception.

Combined with the “flow” of the nearby waterfall, I’m finding that I rather like the idea of a giraffe spirit guide! Now if only Rafiki would come and tell me my future! 🙂

7 thoughts on “Tree of Life: the giraffe”