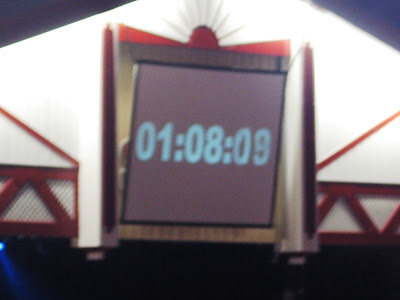 The two big screens were used to amuse the crowd prior to the concert. Some member of the audience would be shown alongside a celebrity, often with pretty hilarious results (i.e., the guy who was shown alongside Homer Simpson…). A few minutes after 7:30 PM, the screens started a two minute countdown, and the crowd went crazy! 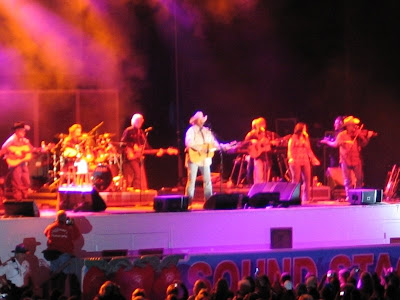 They started out with “Gone Country”, which is my official Alan Jackson anthem because

I’m a simple girl, myself
Grew up on Long Island… 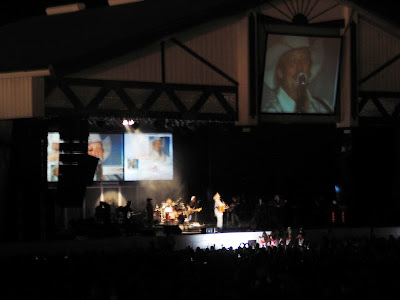 He hit all the highlights, basically, and came back to do “Mercury” as an encore. He sings with his eyes closed a lot – I guess this only bothers me because I was discouraged from doing it during my own performing arts training. He still sounded good, eyes open or shut! The concert was total about one hour long. I’m glad we went! 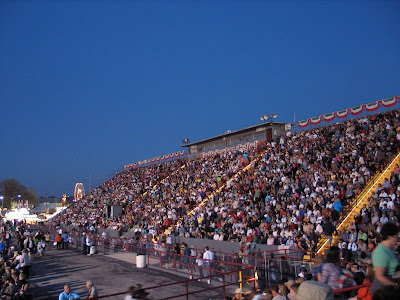 Above is the grandstand, aka the free seating. We saw people starting to line up as early as 5:00 PM for the 7:30 PM show. I’m glad we bought tickets instead. It was too damned hot to be lined up for that long in the sun, and then the concert was only an hour. So I would have felt really ornery about standing around for 2.5 hours to see one hour of music from the cheap seats! 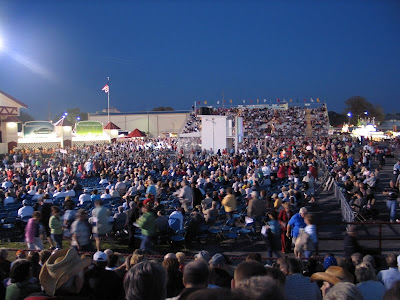 More of the crowd gathering – we didn’t have bad seats, considering I only bought them a couple of weeks ago. We still don’t know how there were tickets still available for this event! 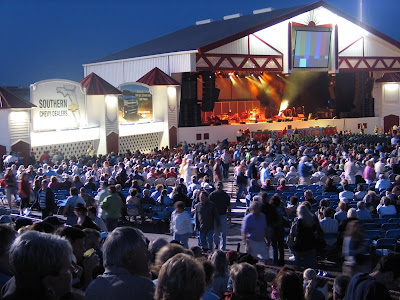