My brother and the family arrived in Orlando this evening. We went to the California grill for dinner. This drink is a Ray-Ray! It is pretty full of the awesome sauce. 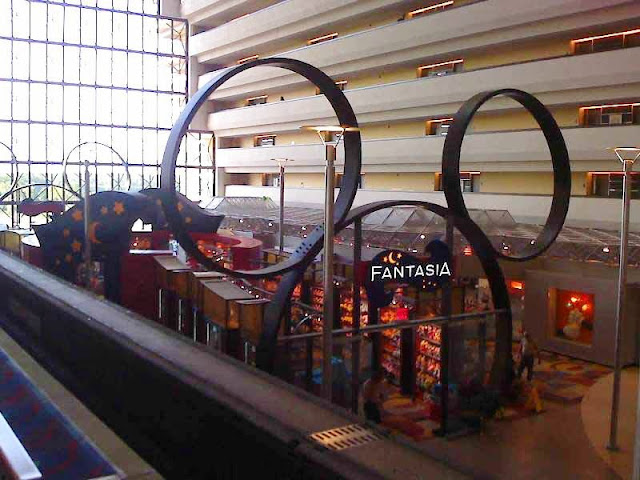 The monorail makes a loop between the the Magic Kingdom and three of Disney’s deluxe hotels. One of those hotels is The Contemporary, and the monorail drives right through the hotel. I took this photo in May 2008 while standing on the monorail platform; I’d just arrived to meet the family to have some dinner.

FEED ME, FEED ME!
DID YOU KNOW? Clicking one of the stars below will enable you to rate this post!