Once you get the lay if the land, Disney’s Saratoga Springs Resort becomes an ideal environment for running. It was a beautiful 59 degrees F when I stepped outside this morning – you really can’t beat the temperature and the scenery for more perfect running conditions. Fly away to Oz, originally uploaded by Erin *~*~*.

I love the colors of the new striped hot air balloon in Downtown Disney. I want to climb aboard and end up in Oz! It’s a brisk, sunny morning in Walt Disney World, and I’m about to get my browse on. Lets go see what we can see here in Downtown Disney, soon to be renamed "Disney Springs". Found my friends, found my food ! It rained in great, monsoon-like waves and. Noww it’s delightfully cool. Busy week ahead of me – gotta get a good night’s sleep. See ya real soon! Excellent Spanish guitarist by the margarita stand on Pleasure Island. He threw his guitar in the air like it was a pizza!

These guys are excellent – fulll of brogue and energy!

The beef stew came in a cauldron!

Her name is Danielle, and we think she might be making it up as she goes along 😉

We’re looking forward to the music and the dancing. Oh and the foo LOL 😉 Dinner before the long drive home, originally uploaded by Erin *~*~*. Frequent guests to the World might recognize this iconic gas station signage. What’s the price where you live? A banner day at Downtown Disney, originally uploaded by Erin *~*~*.

You can see the weather we’re up against – intermittent and sometimes even simultaneous rain and sunshine. Now that I’ve stuffed myself, I need to walk around a bit before getting in the car for a three-hour drive. A good browse through World of Disney should do the trick! I usually get the Hawaiian BBQ but I decided to branch out. It’s really good! I wonder how many miles on the treadmill this is gonna cost me? LOL! Lunch with the Earl at Downtown Disney, originally uploaded by Erin *~*~*.

Need to fuel both self and car before heading home. It’s raininf so it’s crowded inside. I need to return and inspect all of these fence sections, to see what can be photographed through the Mickey heads! 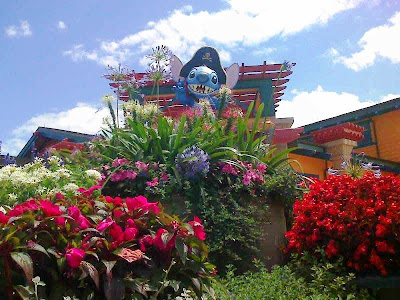 The Spitting Stitch, on top of the entrance to the World of Disney Store
Downtown Disney, Walt Disney World
Orlando, Florida 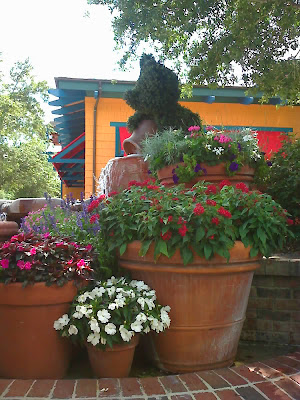 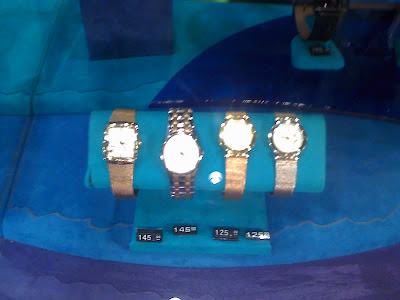 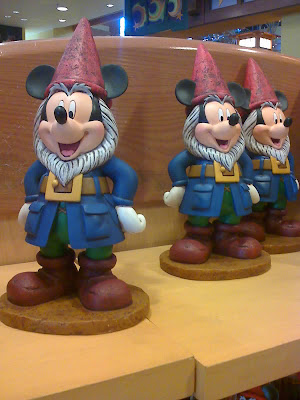 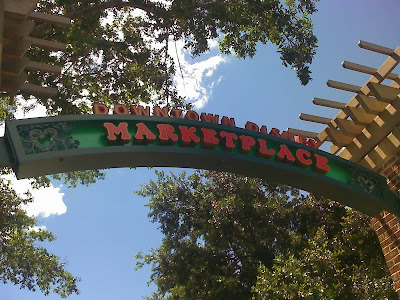 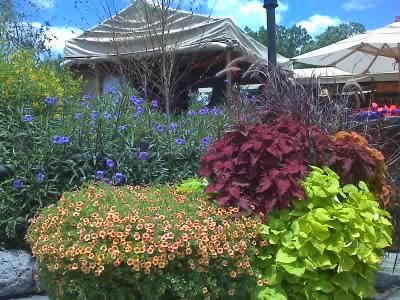 To the left, you can see part of Fulton’s, a restaurant that specializes in seafood. In the background across the lake is Disney’s Saratoga Springs Resort. 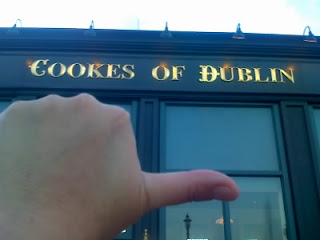 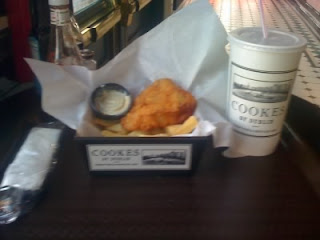 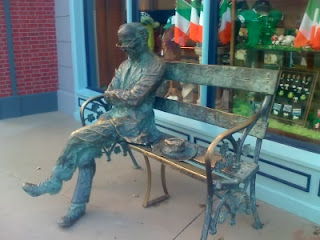 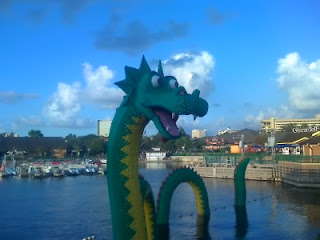 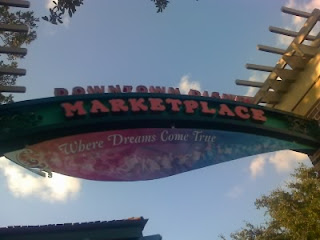