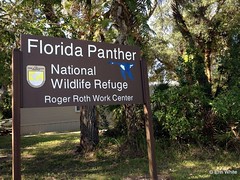 In celebration of the Florida Panther Festival here in Southwest Florida, I participated in a field trip on Friday 11/09/2012 at the Florida Panther National Wildlife Refuge in Collier County, Florida. Last year, I hiked the Bird Rookery at CREW (Corkscrew Regional Ecosystem Watershed); this year, I went a little further afield. The excursion came in two parts. First, we rode along the firebreaks in a swamp buggy, learning about maintenance efforts that keep the habitat in good shape for the Florida panther’s food chain. Then, we took to the trails on foot, exploring “the clubhouse” and back-country areas that are only seen by the public perhaps twice a year. The cell phone signal was spotty, sometimes working great but other times dismal or completely absent, so I did not attempt to mobile blog the adventure. Are you ready to explore? Let’s go! 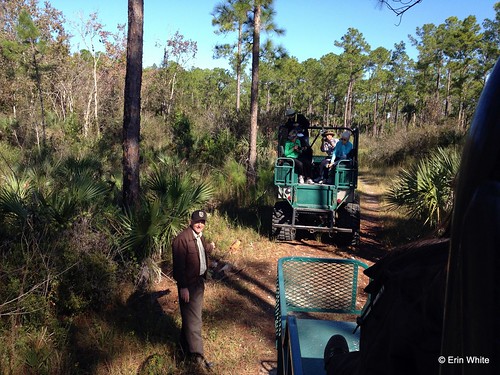 Our leaders for the field trip were several members of the U.S. Fish & Wildlife team who maintain this refuge as well as Ten Thousand Islands National Wildlife Refuge, also located in Collier County. There were two swamp buggies, each of which could seat 6 or 7 participants, and about 24 people showed up. Therefore, we were split into two groups. One group hiked while the other group rode, and then we made a rendezvous and swapped places. I was in the first buggy group with my friends Charles and Vicki Wright who run Everglades Area Tours in Chokoloskee, FL, and Jacquie Roecker, hiking buddy extraordinaire and sole proprietor of Nature’s Voice Photography in Naples, FL. Jacquie and I do these things together on purpose, but stumbling across Charles and Vicki was a pleasant surprise. 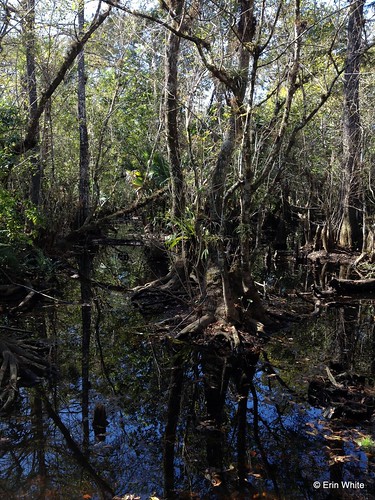 The buggies would stop along the way so the rangers could point out efforts to control overgrowth, invasive exotics, and habitat diversity. They talked with us about herbicides, fire, and hydrology. It’s been an okay summer rainy season here in Lee County, but further south there has been disappointment. They’re just not getting the rain that they should, and man’s efforts to control flooding has resulted in a complex canal system that often diverts water from where it is needed and carries it away to where it’s not. I snapped the above photo while standing on a dock out back of the “clubhouse” that should have been under water. If freshwater wetlands do not receive sufficient water in the forms of sheet flow and rainfall, then they cannot properly support the life forms that depend upon it for habitat and food.

I’ve mentioned “the clubhouse” twice now. It’s an accessible-access wooden structure, screened in, which is intended to someday house an environmental education program about the refuge in general, and specifically about orchids. The failure or success of orchids growing in the swamp is monitored closely, and with great interest. Orchids are an “indicator species” for a Florida swamp; if your habitat has them, then your habitat must be doing pretty well. A lack of them growing where they are supposed to be could indicate that environmental conditions are not right, or perhaps another species is hogging all the resources. 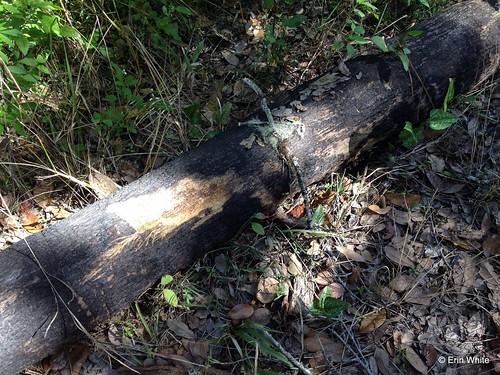 Every now and then, while prowling through panther country, you come across something like this. Panthers like to use a fallen log as a scratching post. The fallen log happens to be alongside a footpath or firebreak trail that is used by humans. It doesn’t matter to the panther. Panthers like to use the trails because they will be unencumbered in their travels by understory plants. In addition to stretching and sharpening their claws on a log, panthers just plain like to play with such things, biting and wrestling and rolling it around. But how do we know that panthers like to do these things while no one is watching? 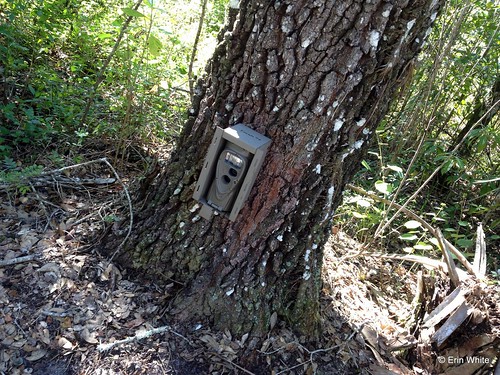 Someone IS watching! The location of such logs is the perfect spot to install both video and still cameras. In this manner, wildlife can be observed without being disturbed at the presence of people. In addition to capturing the antics of panthers, these cameras pick up the activities of other wildlife on the preserve such as the black bear, the white-tailed deer, bobcats, and raccoons. The rangers mentioned that lately, there is evidence of coyotes moving into the refuge. I’d love to be the person who gets to review the footage 🙂 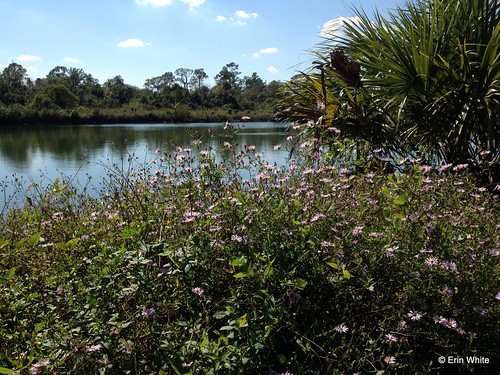 Once the field trip was over, we filled out evaluation forms and took a quick turn through the newly built greenhouse, where different plant experiments were in various stages of being conducted. I snapped the above photo at pond near where we had all parked. There’s allegedly a one-legged alligator lurking in there. If there was one bee on these wildflowers, there were a billion! Jacquie and I had each packed a lunch, so we dragged our beach chairs out of our cars and sat in the shade of some ginormous live oaks dripping with epiphyte air plants, ferns, and Spanish moss. One of the refuge interns joined us and we all enjoyed being with our “tribe” for some lively discussion. I drove home contentedly, and felt the wild desire to nap when I got back to the house. An early start and lots of fresh air will do that to a person 😉 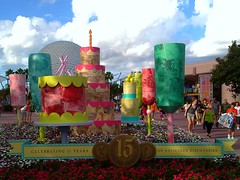 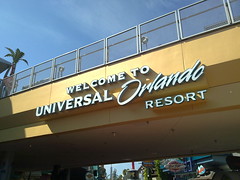 Universal Orlando Resort and The Wizarding World of Harry Potter | These days, I do not plan an expedition to Orlando without including a visit to Universal Orlando Resort in my plans. I am smitten with The Wizarding World Of Harry Potter. While I don’t think there’s anything really new there to see or do, it’s kind of cool to wander through Universal Studios circa Halloween time – they do the place up nicely, so I’m looking forward to dropping by and taking it all in. One thing that won’t be available there YET is the new book Harry Potter Page to Screen: The Complete Filmmaking Journey

– guess I’ll have to pre-order from Amazon like the rest of the world! 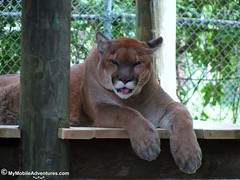 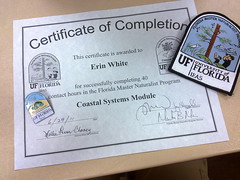 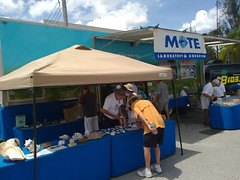 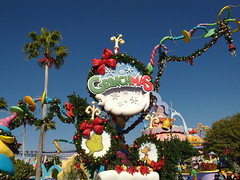 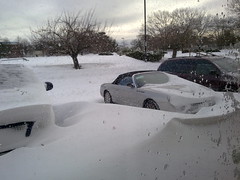