Another sign nearly says, “DANGER ROCKS DANGER” – not sure how that stacks up as compared to paper, rock, scissors. 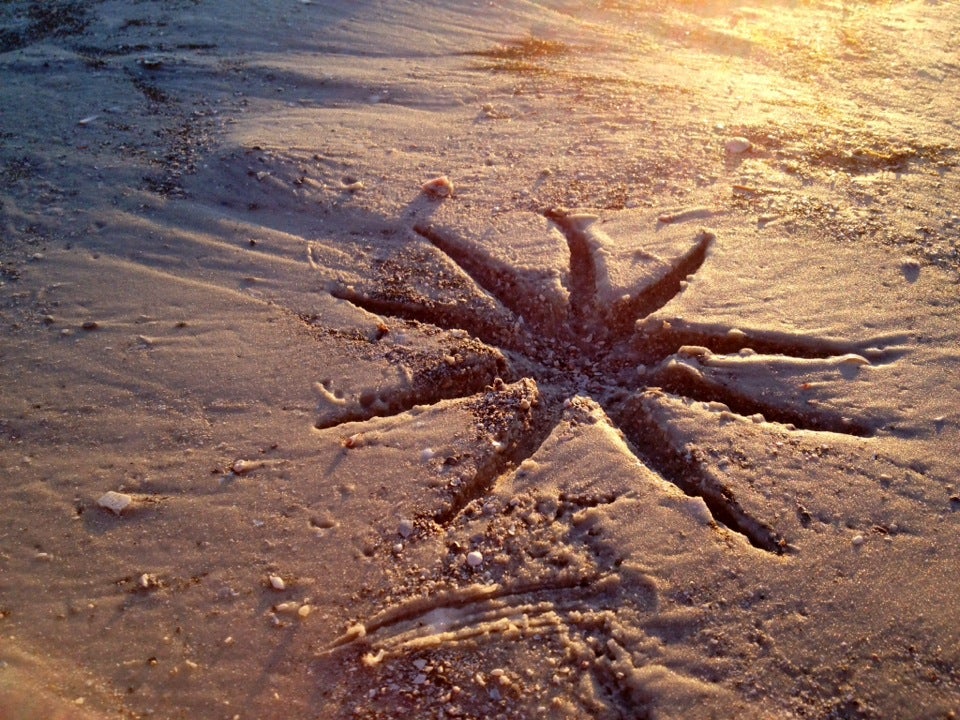 A starfish rescue mission happened on this very spot! 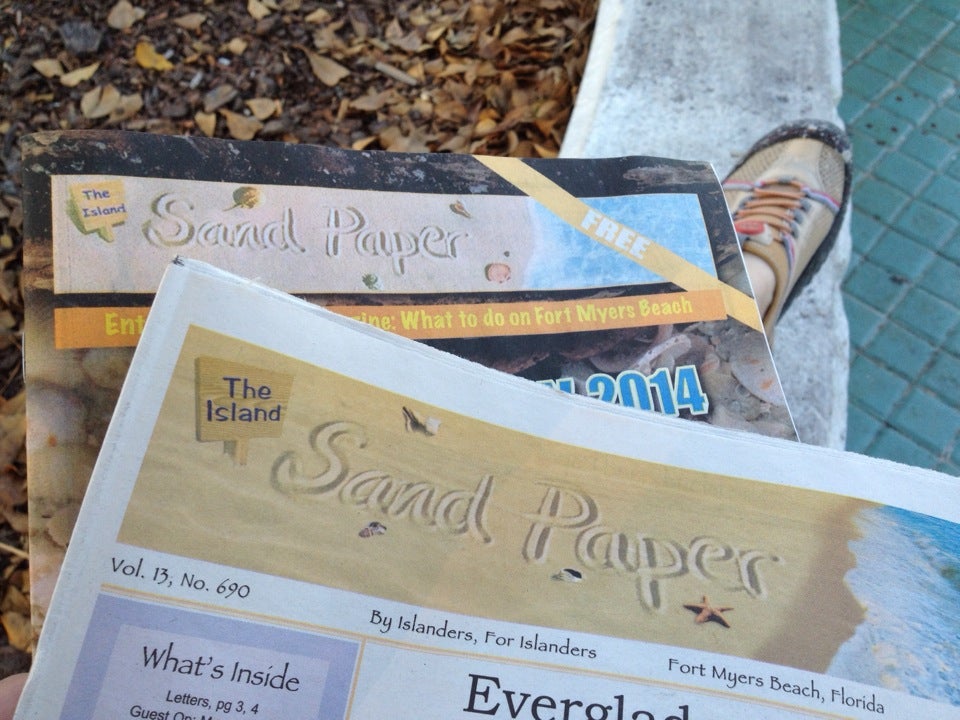 Picked up a copy if The Island Sand Paper in Times Square, Fort Myers Beach 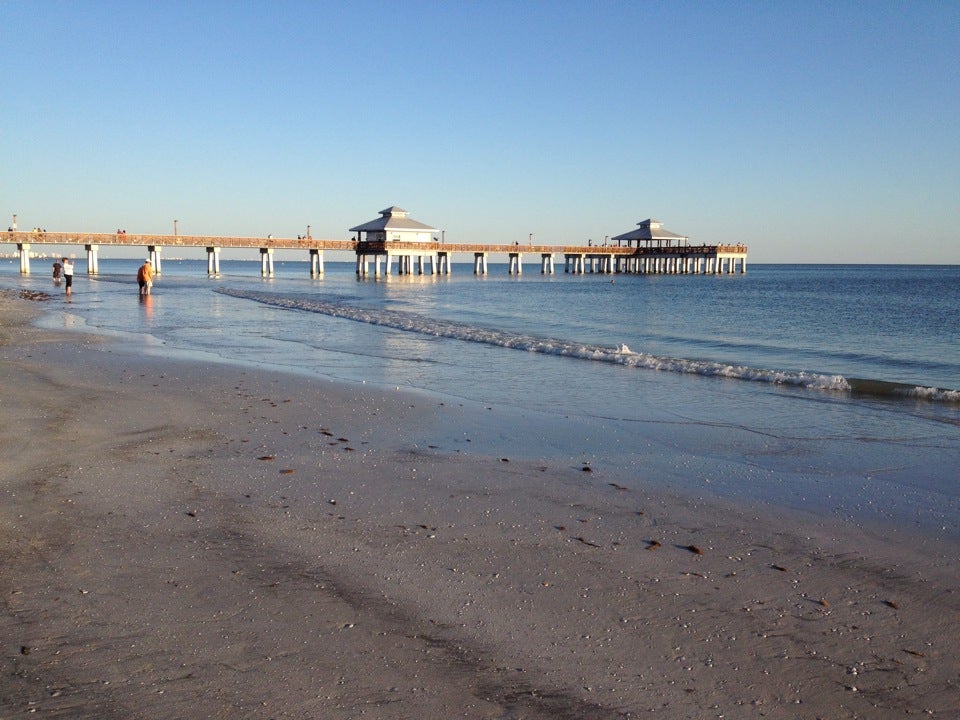 Made it to the pier. I can smell hamburgers – man, I’m hungry! 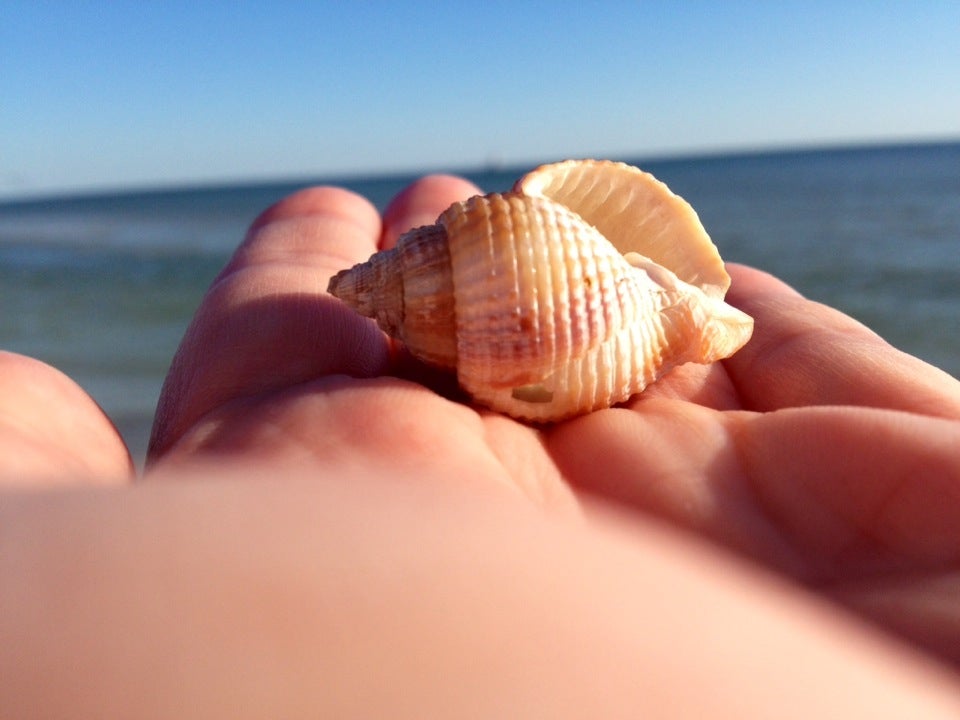 Wandered down beach to Pink Shell. Looked down, and what did i see? A pink shell! 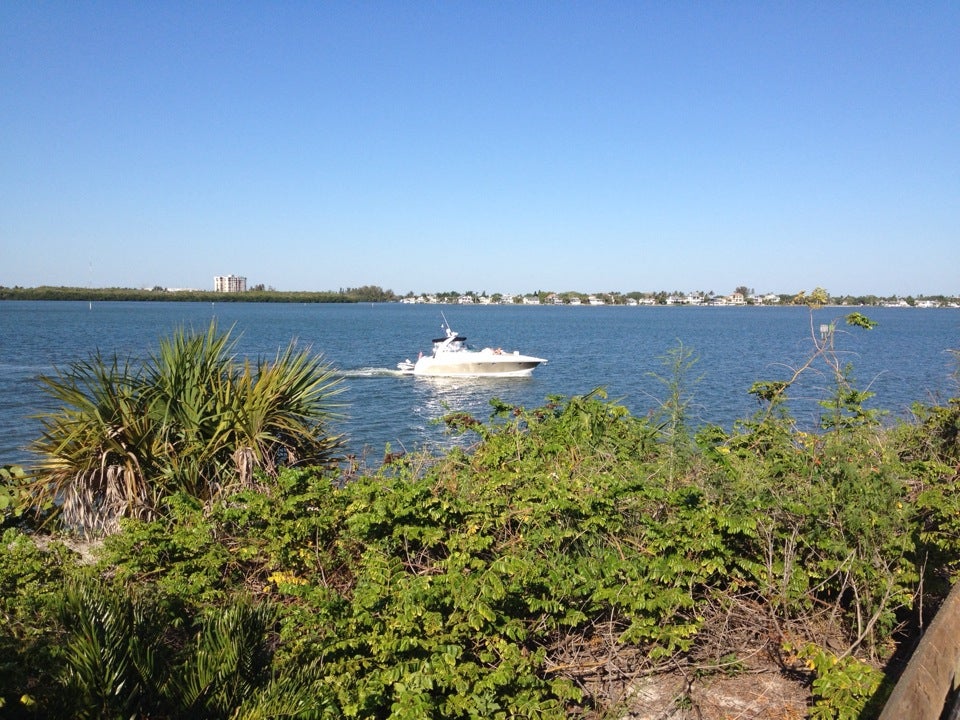 A day this gorgeous should be illegal. 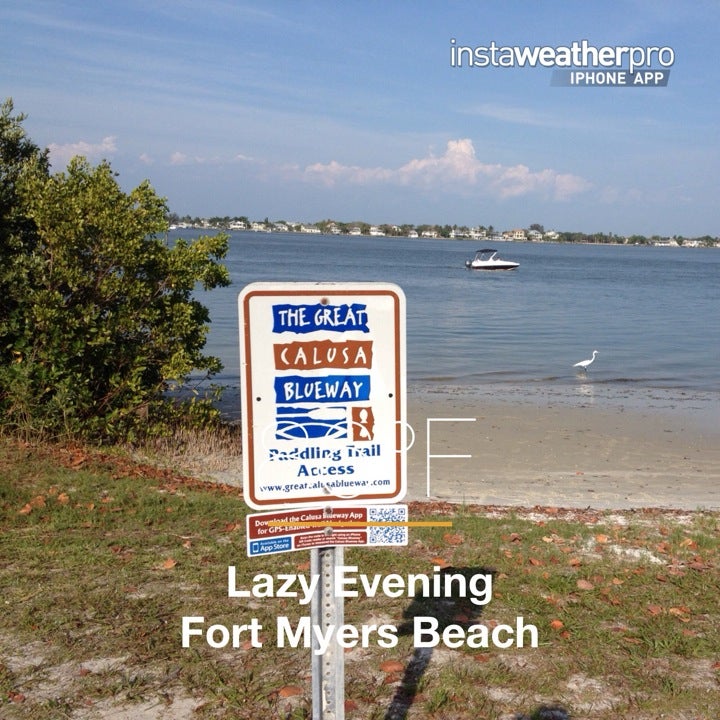 
At Moss Marine, I saw this egret standing on a post and took aim with the camera. I saw the pelican come in for a landing behind him, but did not see the little shore bird on the post in front of him until I got the picture up on the computer screen later on. The rare and endangered FORKLIFT apparently nests here, so be careful driving and don’t mow it down 😉

There is a bar on the lower/dock level of Doc Ford’s on Fort Myers Beach. I walked down there to check it out and found this pretty rainbow stretched over the marina from behind the clouds. My cousins from up in Cleremont are in town and I’m meeting them for dinner here at Doc Ford’s Rum Bar & Grille on Fort Myers Beach. I have been to Doc Ford’s on Sanibel Island several times and always liked the food – hope the expwerience this side of the causeway measures up! That’s the Big Carlos Pass bridge. We are starting to seine now.

Since my AT&T 3G phone service was messing up early in the day, there are some pics you guys didn’t get.  I’ve sent them up to Flickr – you will find just a few of them here –

I’ll try to get some more up there soon.  I took lots later in the day at the Holiday Inn, some of  which I already sent to this blog earlier today.  Right now I am super tired and I have not packed yet.  I might just go to bed and get up early to pack. 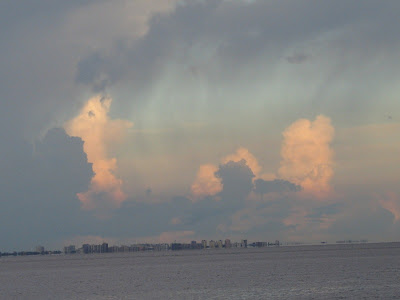