Disney’s Halloween party is “all sold out”! 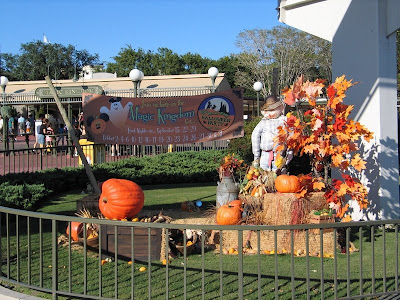 Chez Bro (the one I lived with while waiting for my house in Florida to be built) likes to spend his birthday, which is very close to Halloween, in Walt Disney World each year. And for the past 5 or 6 years, he’s been attending “Mickey’s Not So Scary Halloween Party” at the Magic Kingdom on or about October 31st. I’ve attended the party with them several times, and I enjoyed it.

A couple of days ago, Chez Bro and SIL sent up a distress signal last week that said, “Help, we can’t get tickets to Mickey’s Not So Scary Halloween Party!” I don’t know the reason, but apparently MNSSHP on the night of October 31st has been sold out for months. This caught SIL by surprise, as she normally calls for tickets around this time each year. Here’s my theory – as the US dollar continues to tank against the Euro and various other global currencies, US vacation destinations such as Orlando become even more appealing to foreign visitors. And it’s not only the vacation that’s appealing. I’ve seen conversations about the exchange rate on Trip Advisor, and other posts there indicating that since the holiday gift-giving season will soon be upon us, the favorable exchange rate is also being leveraged at Orlando’s shopping outlets.

Good news for the Orlando economy, bad news for the availability of accommodations and special event tickets in the parks. SIL has seen lots of MNSSHP tickets on eBay – for $150 each! That’s just crazy. On the surface, one would be surprised that Disney is tolerating the resale of special events tickets for profit, but then again, the auctioning of these tickets for such exhorbitant prices only serves to bolster the air of exclusivity and desirability of entrance to the event. It’s not just about the price to enter the park on these nights. It’s about how much food, drink and merchandise gets sold once the guests are inside the gates. Supply is finite and demand is high, ergo the price will continue to skyrocket as long as people are foolish enough to pay. 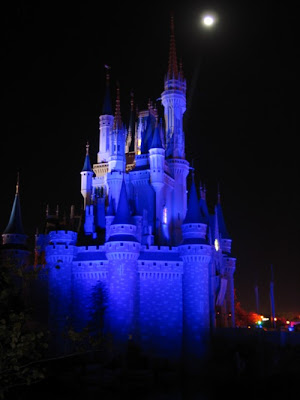 Whatever the reasons for the situation, it is what it is. Unless they want to pay $150 per ticket (they don’t), Chez Bro, SIL and Nieceling will need something else to do on Halloween in Walt Disney World. And so, I started to rattle off a number of things I could think of for them to do in order to celebrate the holiday without attending the party.

A post outlining these alternate Halloween activities is under construction and will appear within a few days. Stay tuned for “Things To Do AT Walt Disney World On Halloween (except THAT!)”