Here are some of my favorite animals that are “must see” whenever I visit Disney’s Animal Kingdom theme park at Walt Disney World in Orlando, Florida. 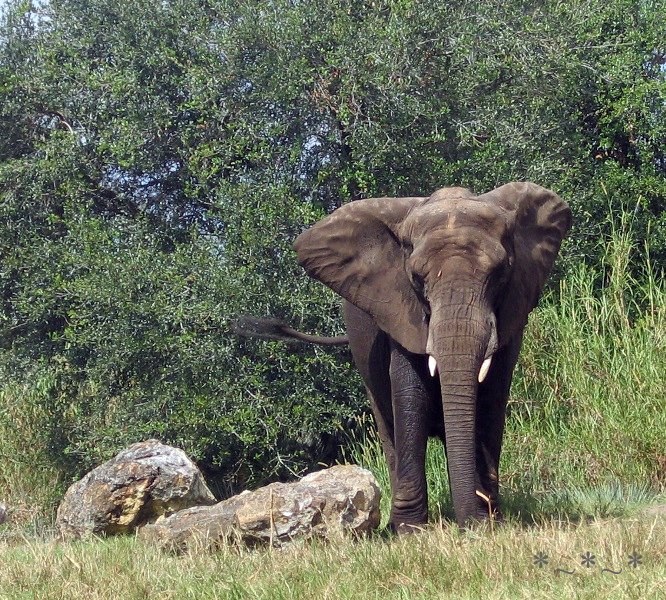 This is an African elephant; looks like that might be Paw, as opposed to Maw. Elephants have a remarkable capacity for emotion. When a member of the herd passes on, they have been known to behave in ways that mimic our own death customs, including mourning for several days (waking or sitting shiva) and throwing branches or grass clumps on the carcass (dropping clumps of earth into the grave). To read more about elephant emotions, visit the Public Broadcasting (PBS) page for the TV show “Nature – Unforgettable Elephants” 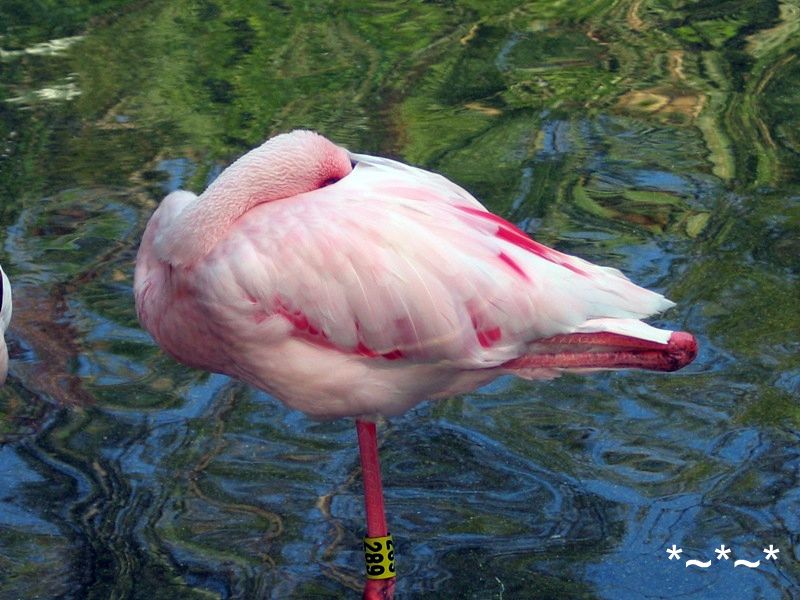 I’ve featured pink flamingos here at My Mobile Adventures *~*~* several times in the past. That’s because I love them! Oh, when you pass by where they hang out, they absolutely STINK, to be sure. But they are so beautiful, I don’t mind the stench too much. Some of them have wings that are sort of outlined in black, which is stunning when set against the deep pink of the flamingo’s other feathers, and which you can only see when they stretch their wings. The sometimes overwhelming odor near the flamingos in zoos and theme parks is probably from their diet. Flamingos eat a diet based upon an algae known as spirulina. The Nature site has a page on flamingos too, which goes into greater detail about why some flamingos are pinker than others. 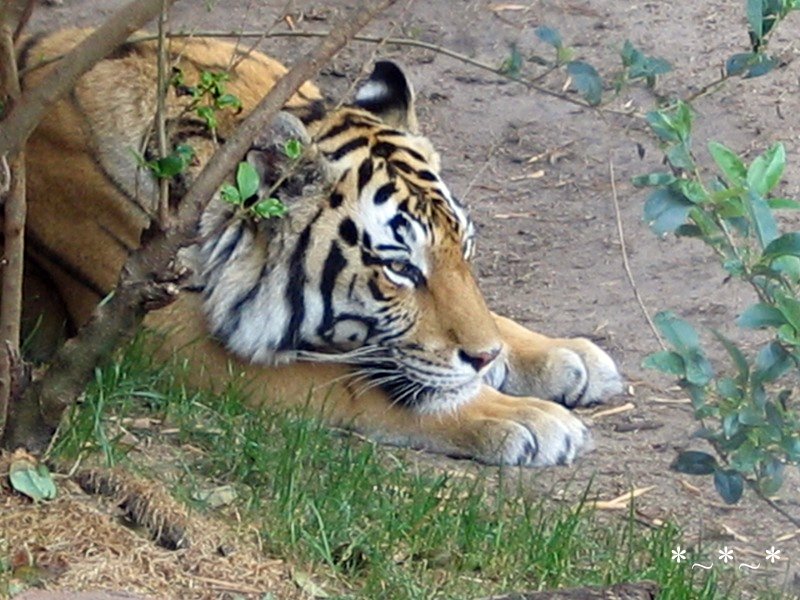 Here’s an Asian tiger, looking pretty bored. I think these are actually Royal Bengal tigers. The environment that Disney has built for the tigers is very similar to what “Nature” calls the “temple of the tigers” – the Bandhavgahr Preserve in India. Mythology meets archeology in this place, which consists of an ancient fort (est. 2,000 years old), statues of some of India’s gods, a series of man-made caves complete with hieroglyphics, and a pleasing biodiversity that includes some members of India’s “Project Tiger” at the top of it’s food chain. I think the setting Disney has created for these tigers is the reason why I like visiting them so much. It’s as though the tigers themselves are the gods, slipping in and out of the ruins like ghosts; we are fortunate to catch glimpses of them now and then, frolicking in the crumbling remains of ancient walls and fountains. 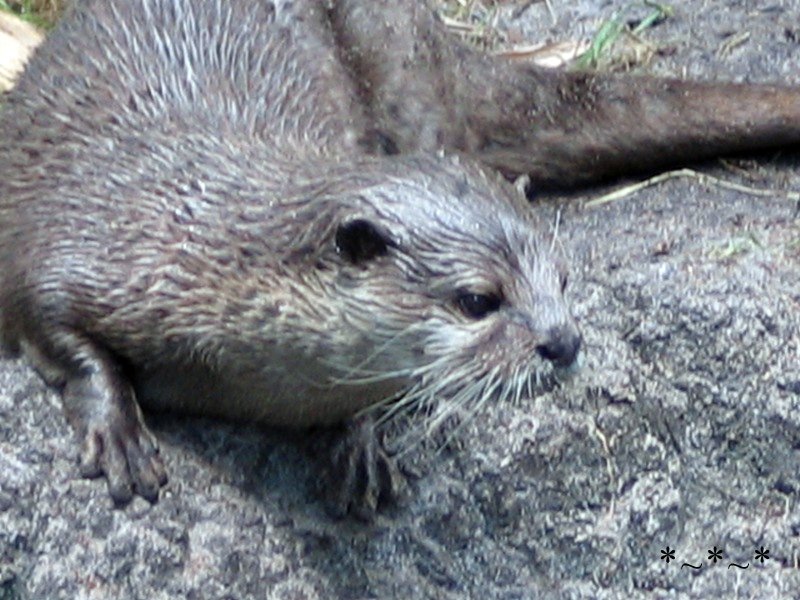 I saved my very, very favorite for last – it’s the river otter! There is no visit to Disney’s Animal Kingdom that’s complete without making a stop, probably several stops actually, to watch the otters play and swim and tumble about and BARK. Yes that’s right, they BARK, like little prairie dogs. In fact, it would not surprise me if I found out that they were related – otters and prairie dogs, i mean. These are gray; native Floridian otters are more of a chocolate brown color, I believe, but have the same sleek coat that helps them to glide and dodge and weave through the water effortlessly. Sometimes the otters aren’t there, or you see them off in the distance, sleeping in a little cave, all piled up on top of one another. When they sleep in a pile like that, it gives one the impression that someone is going to have to go in there and unknot them, but then they slither around and voila, no more pile o’ otters.

Well there you have it – some of my favorite critters from Disney’s Animal Kingdom. I’ve got lots of critter photos that I took the last time I was there, and I’m happy to be able to share them on Camera Critters over the next few weeks. Please DO leave your link in the comments, so I can visit you back and see your critter posts.