Posts are ranked according to how many visits they received during the 12-month period ranging from 12/29/2008 – 12/29/2009. Data gathered and presented by the WordPress Stats plugin.

IN WITH THE OLD

Among my Top 20 Posts of 2009 are four posts which were originally published during 2008. 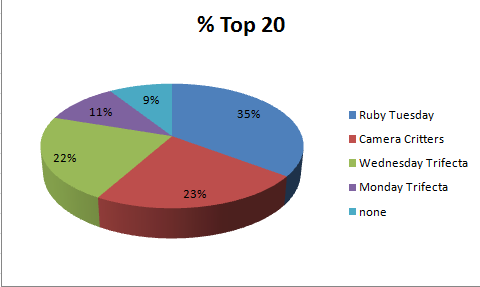 THE MORAL OF THE STORY: since I’ve been cutting back on meme participation – it was starting to feel like a “gotta” instead of a “wanna” – I should probably concentrate on my Tuesday, Wednesday and Saturday memes, if I want to maintain decent levels of traffic.

Lots of interesting information about your audience and how they get to your blog each day can be had from Site Meter.

THE MORAL OF THE STORY: Services such as Site Meter can provide valuable insight into who your audience is, where they come from, why they’re visiting and why they return. Add to this a little intelligent SEO in post titles and repeat traffic ensues.

It was a difficult year in my day job. I was thrust into something completely new and different and it was a tough row to hoe, for a while there. As the year wore on, my job became more and more carnivorous, devouring my life. 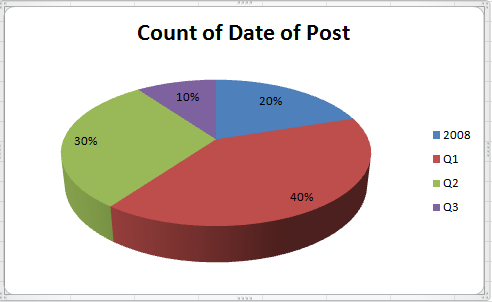 Here we can see that as the year wore on, less and less posts were making it into the Top 20 for the year. 40% of the Top 20 were posted in the first quarter of the year; 30% in the 2nd quarter and 10% in the 3rd quarter. The 4th quarter is not represented at all.There are a couple of reasons for this:

Now here’s something weird. Despite the traffic appearing to slow down, the number of subscribers I have has been steadily increasing all year. Take a look at these numbers from Feedburner – 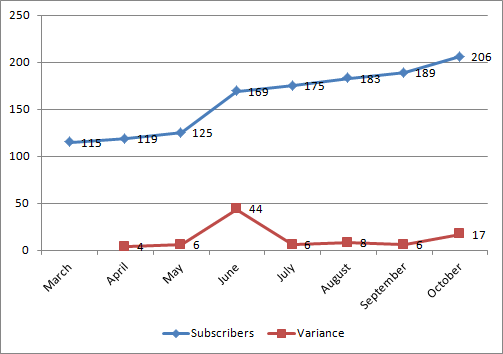 Despite not having the personal bandwidth necessary to visit other bloggers as much as I’d like to, I was still able to do a few things to gain exposure:

MORAL OF THE STORY: Distribute your feed and mention your URL via multiple means. It all adds up to more exposure, more requests for the feed – more subscribers!

These are very modest numbers I’ve been describing. Had I not a day job, I would have the time and the energy to devote to creating more valuable content and publicizing the blog more widely, including those all-important fellow blogger connections. However, modest or not, I think the numbers show that taking action makes a positive impact.

Even a blog that is “just for fun” can enjoy some success and steady improvement when a few simple actions are taken. I’m looking forward to more of the same in 2010, and I’m also looking forward to hearing about YOUR blogging insights. 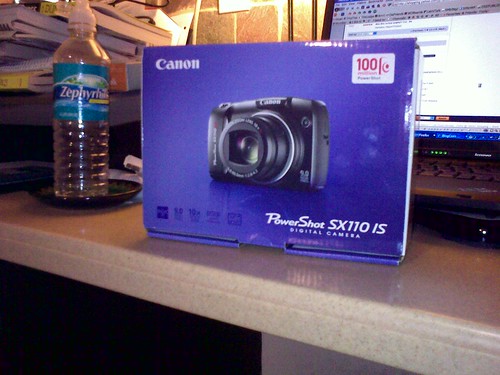 Here it is, a Christmas present to myself – Canon’s PowerShot SX110 IS. 9.0 megapixels, 10x optical zoom. Should I wrap it and save it for Christmas, or start using it ASAP?