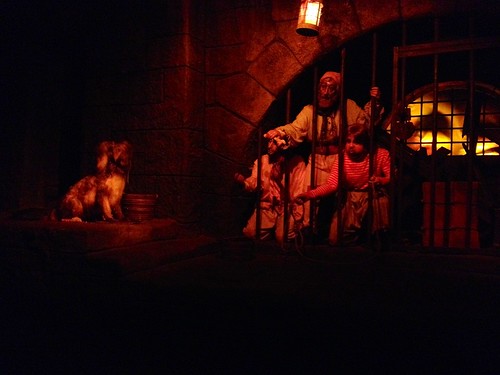 Prison break in the Magic Kingdom, originally uploaded by Erin *~*~*. 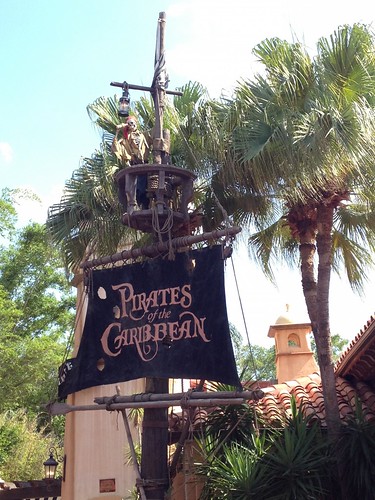 [pullquote]Think shortbread cookie with butterscotch. It’s amber-colored with a foamy top, which left me with a little white mustache. It’s cold and sweet — a sure diet-buster — yet not too filling. – Dewayne Bevil, Orlando Sentinel[/pullquote]

I admit it. I’m a mere mortal muggle, but I would LOVE to taste me some butterbeer. Dewayne Bevil, writing for the Orlando Sentinal, described his preview of butterbeer in this article (click). I am a little worried that it will be TOO sweet for me and I won’t like it. Only time will tell, and fortunately it won’t be a long time because The Wizarding World of Harry Potter

opens at Universal Islands of Adventure

Disney Pictures allows Nicholas Cage a brief respite from the filming of seemingly endless sequels to National Treasure (2004, 2007 and coming next year in 2011) with a new take on The Sorceror’s Apprentice. I was googling around about this film and found the latest “international” trailer on YouTube. The beginning of the film seems reads like a slightly more sinister version of Back to the Future, complete with wicked-fast car stunts and a mentor-madman at the wheel. Targeted for theaters this July, it looks like good, clean fun! Find more details on IMDB here, and at the Disney Pictures site here.

Yes, I know – you’ve been waiting for the part about the boobs…

My friend Chris, proprietor of Blog du Mush, was the one who first brought this little nugget to my attention. Apparently, there’s been a casting call for wenches, um I mean lady pirates for the next Pirates Of The Caribbean

film – and the powers that be are not interested in seeing you if you do not have your own boobs! Yes, I’m serious. Here it is in writing – no fake boobs will be cast. TPTB apparently believe that a natural, wobbling jiggle will carry more appeal during the “action” scenes…. you can’t make this stuff up, folks! At any rate, it appears that Pirates of the Caribbean: On Stranger Tides is due in theaters circa May 2011, and will feature Penelope “I wonder if they’re real” Cruz as Blackbeard’s Daughter and Jack Sparrow‘s love interest.