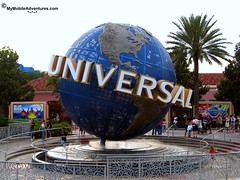 🙂 Check it out – Universal Studios has gone and put a castle in their new Singapore theme park. Gee, wonder where they got THAT idea? 😉 Although it appears to be nothing more than a facade for the Shrek attractions, it’s still a very nice facade.  It has lots more turrets than any of those OTHER theme park castles 😆 Clink the link to the blog article below to get a look at it.

Out of the Loop: A look at the new Universal Studios Singapore | Orlando Attractions Magazine Blog.

If your interest is piqued about Universal in Singapore, then you need to check out the blog of a fellow member of the WDB, Gregory aka Bigbearsg

He’s also got a dedicated photo set on Flickr for Universal Singapore – including construction photos from 2008!

PS – trying an experiment. Instead of hoarding links for once a week, I’m going to try blogging them as I read them. Think of it as “Tink’s *~*~* Links Lite” 😉