I’m pretty sure that wolves probably never lived on Sanibel Island, at least not since the advent of the internet (go on, google it…. I’ll wait….. ok, satisfied? 😀 ). However, if wolves DID live on Sanibel Island, they would have been HOWLING last week! The moon was just stunning in the east, as the sun set in the west. As twilight closed in, a whispy gray cloud drifted by, obscuring La Luna Bella for the briefest of moments. When the veil lifted, the sun had set, and it was time to get in the Sad Lane and go home. Friday the 13th
Who says unlucky? Not me!
Looky, rising sun 🙂 Friday the 13th
Who says unlucky? Not me!
Looky, pretty day 🙂 Respectively, that was the sun rising behind the WDW Swan hotel, the sun reflecting off the front of the WDW Dolphin hotel, and my fellow Long Island transplants watching the SpectroMagic parade in the Magic Kingdom that evening – Barbara, Austin, Lexie and Debbie In Paradise.

Hey, did you spot the “hidden” Mickey heads? Sky so blue and clouds
so puffy, filtered through the
branches of the trees.

SIX MILE CYPRESS SLOUGH is a beautiful strip of wetland woods that isn’t actually six miles – it’s about nine miles long and maybe a third of a mile wide.  The slough (pronouced “slew”, rhymes with “you” – yeah, I had to look it up!) runs alongside Six Mile Cypress Parkway, just north of Daniels Parkway in Fort Myers.  Migratory birds like to take a pit-stop here to fatten up for their long journeys hither and yon.  People come to walk through the preserve, which you might think is icky if you didn’t know that they’ve built a raised boardwalk so you’re not slogging through the swamp.  😀

I use Six Mile Cypress Parkway when I am driving to or coming home from Sanibel Island, and I always pass the sign that advertises the days of the week and the times for the guided nature walks, and think to myself that I’m going to have to play sick one of these work days and just go and do it!  I think I will ring up my friend Snowbird for this particular adventure, as she has expressed interest in the past.  I’ve been through there by myself, in the hot muggy summertime; this photo was taken in the Slough July 25th 2005, which was the trip I made down here to go house hunting.  I had to wear a ton of bug spray, and my tour ended when the skies opened up and let loose a torrential summer rain, so typical of this area during rainy season.  Yep, gonna have to do this soon, before the temps turn sultry and the air turns buggy again.

And after we do that, maybe I’ll play hookey again and we’ll do the Corkscrew Swamp Sanctuary down in Naples, Florida.   😉  It’s an Audubon site!

The boardwalk
Reflection Shot
One Way?

Twin Reflections In The Sky The Best Of My Mobile Adventures 2008

It’s been some year. I’ve migrated between blogging platforms and had three different mobile blogging devices. I’ve been to beaches, festivals, theme parks and foreign ports of call. I’ve strengthened and fortified existing friendships and forged new ones. I’m a founding member of a crawl, for cryin’ out loud! 🙂 Yes, it’s certainly been some year.

I completed an entire year of blogging in mid-October but waited until the end of the calendar year to do a “best of” post. The way I figured out what my “best of” was is this – I took a look at my SiteMeter statistics, not for how many times the page was viewed, but how many times it was viewed whereby the referer was a search engine. So, anyone who visits because I posted a link to Trip Advisor or The Dis or Wordless Wednesday – I love you dearly, but this is a measure of whether or not my blog is pulling unsolicited traffic. And guess what? It is!

Here, therefore, are my Top 12 Posts of 2008. They are pretty evenly split between Disney-related and SW Florida-related, with a couple of totally un-related thrown in for good measure.

Cyber Monday is the Monday right after Thanksgiving, and it’s supposed to be the internet version of Black Friday. Get online, everyone, and stimulate that economy! It’s sort of like Grandparent’s Day or Secretary’s Day. We love grandparents and secretaries, but let’s face facts – Hallmark made up those holidays thereby expanding the gifting industry a bit. Anyhow, on Cyber Monday, I debuted some of the items on my own Amazon Wish List. I’m actually surprised that the post did as well as it did, considering it has not been out there for very long. However, it appeared on just the right day, and I got hits from a number of search engines besides Google.

This was a Ruby Tuesday post that I did as a follow up to #03. on this list. It did well enough to score in the Top 12, but still miles behind the original in terms of views. I think people liked this one because it starts off with Pooh 🙂 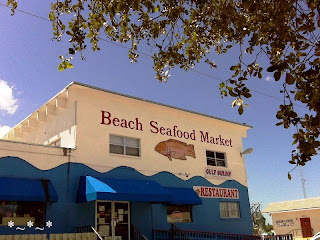 Another Ruby Tuesday post. This time, a different part of Florida is featured. I’d picked up my friend Kim aka Saniholic aka Angel Wings from the airport, and before making the perilous crossing over to Sanibel, we stopped for some fresh shrimp over near the San Carlos Blvd. bridge in Fort Myers. Back to Disney – I’d been conversing with some folks on The Dis about the holiday display at EPCOT, and posted these photos of the Lights of Winter especially for them.

Alternative title: “Halloween Spits Up All Over The Magic Kingdom” 🙂 No, seriously – Disney really does it right for Halloween, and I especially love the character statues that are set up in the hub before the castle. Well done, Disney!

This post chronicles the results of a late-ish August visit to the beach after a storm. Found tons of paper figs and other smelly carnage at the Lighthouse Beach on Sanibel Island. This was not really one of those middle of the night “booty calls” from Tootie and Gary. We actually arranged this one ahead of time, after figuring out what time the tide would be going out. They’d been to Blind Pass (between Sanibel and Captiva) the night before and there was a huge shell pile there, so we figured the high seas would spit more up onto the shores during high tide that night – and we were right!

05. Santa in the Sky! at the Tween Waters Inn, Captiva, Florida

Taken on Thanksgiving, this is another post that one would think has not been out there long enough to do well. However, I picked up a lot of hits on Christmas Eve – people were googling around to find out what time Santa could be seen in the sky and they kept ending up on this page 🙂

04. Holy cow, I was quoted in an article on BlogHer!

I ran around to every place I post, including Twitter, hollering “OMG Blogher just quoted me – w00t” I was SO excited! 😀 However, this is not THAT traffic – it’s search engine-referred, which means people google around for Blogher a lot. The best part was when the author who quoted me stopped by and left a very gracious comment. w00t!

This is the little post that could – it just keeps on generating traffic. Who knew that so many people would be interested in Disney ladies who wear red? I also get a lot of traffic from Google Images searches, people looking for Disney characters with red hair. Who knew? 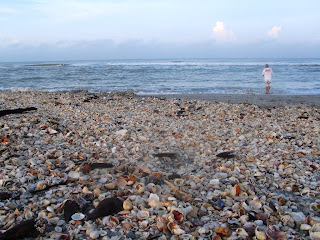 The URL was posted to Trip Advisor, which generated a ton of interest – but I’m only counting traffic from search engines in this “best of” synopsis. It’s amazing how many people hit this post after googling for information about Gustav’s effect on the beaches and the tides and such.

01. 7 Things To Do In Walt Disney World On Halloween (except THAT!)

Ah, the number one post of 2008 – and all because Chez Bro could not get tickets to Mickey’s Not So Scary Halloween Party! This is one of the few times I’ve attempted to do an instructional post, and it seems to have been really well received. People are always doing a search for stuff to do at Disney World – I’m STILL getting hits on this one, long after Halloween! Click logo to visit the home of Haiku Friday

Cindy’s castle spires.
Sky is pastel pink and blue.
*NOT about breakfast!

*a little shout-out to the “haters” 😉 Santa in the Sky! at the Tween Waters Inn, Captiva, Florida

As promised this past Ruby Tuesday, here’s the “Santa Series” from the Tween Waters Inn, Captiva Island, Southwest Florida. It was a gorgeous, blue-sky Thanksgiving Day, and I very much enjoyed seeing “Tweenies” all gussied up it its Christmas finery. Hope you enjoy! Old Captiva House is the restaurant at the Inn. The Crow’s Nest is more of a bar/lounge atmosphere, and they sometimes have live music on the weekends. Santa has climbed a palm tree in order to get a better view of the gorgeous Gulf of Mexico. Down low in the photo, between the palms, you can see a dot. That dot is a para-sailor. I think I need to try that! 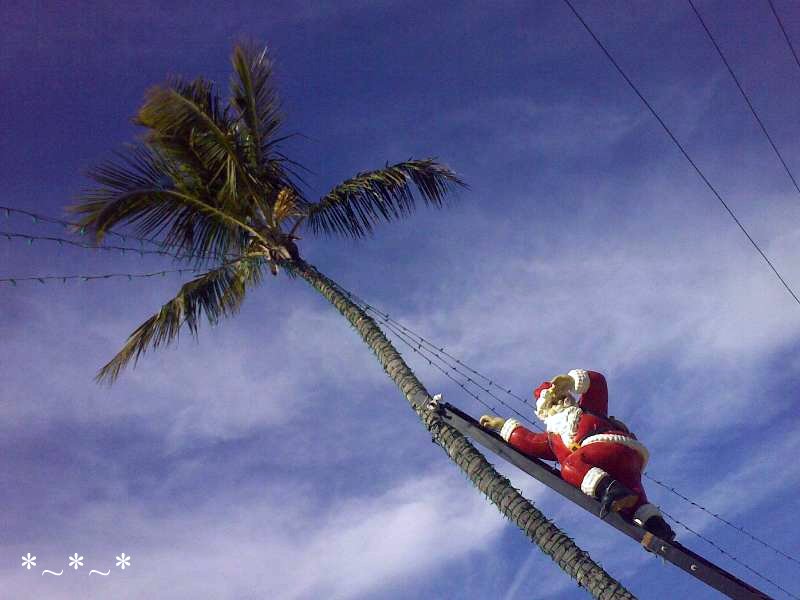 Santa shields his eyes against the afternoon sun to gaze calmly down upon a small knot of concerned citizens who have gathered at the foot of the palm tree to beg him to “come down, Santa – come down!”. I can just tell from the look on his face, he’s got absolutely NO intention of coming down any time soon! Why would he? It’s a great view! In this photo, if you click through to the bigger version on Flickr, you can see the infamous “Tweenie-Cam” between the two front hooves of the last reindeer on the left. It’s mounted on the chimney. Wanna see it from the other end? Click below and enjoy!

CLICK ME to see the Gulf of Mexico LIVE from the Infamous Tweenie-Cam! Not the sky but I think it’s cool, and um feathers come from birds which fly in the sky, so there! RELATED POSTS:
What do you do when Disney’s Halloween party event is “all sold out”?

7 Things To Do In Walt Disney World On Halloween (except THAT!) Standing in front of Disney’s Yacht Club resort (the Boardwalk side of the lobby) on Saturday October 11th 2008, I realized that the round “port hole” window was reflecting the clouds and blue sky behind me.