The EPCOT Jammin’ Gardeners are Daryl, Paulie and Leo – aka Petunia, Rosebud and Weed 😉 This video dates from the opening weekend of the most recent Flower and Garden Festival at Walt Disney World (March 2011). Isn’t it amazing what music can be made with trash pails, buckets and flower pots! Subscribers: if you don’t see a video below this sentence, then please CLICK through to the blog. 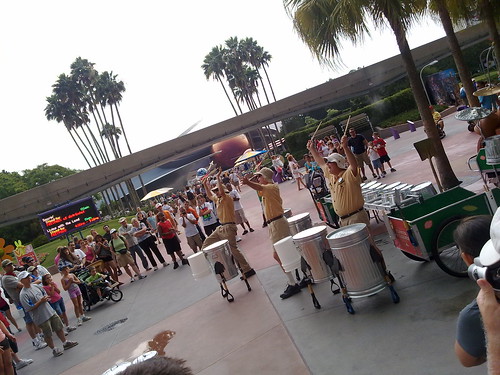 I am on my way to the festival center and stopped to watch these guys perform. They were about as loud as the thunder! 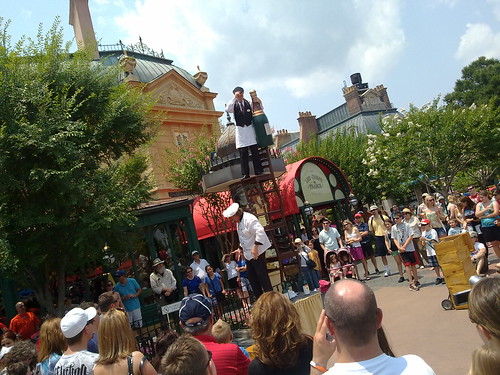 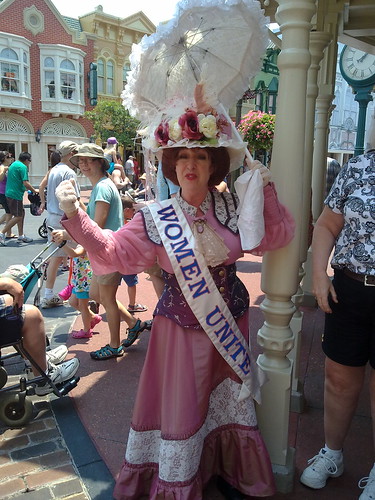 "Those who do not believe in women’s rights should watch out for women’s LEFTS!" 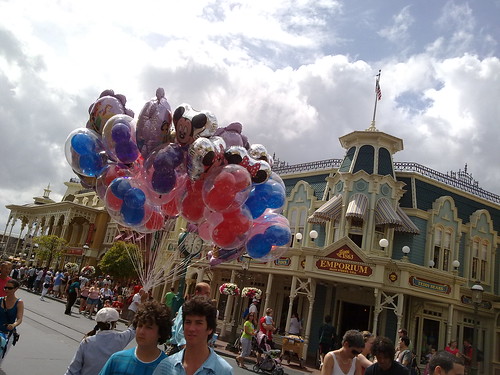 This is such classic Magic Kingdom 🙂 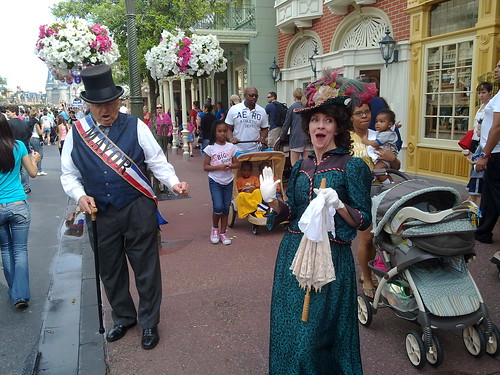 Scenes on Main Street, originally uploaded by Erin aka Tink*~*~*.

When the street part music started, the Mayor and his wife started to boogie.

In the immortal words of Robin Williams, "Get down. Get funky. Get back up again." 😉 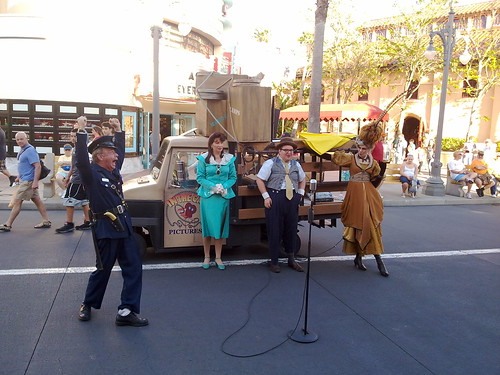 We are slowly making our way out of the park and back to our real lives. But first, one more show… 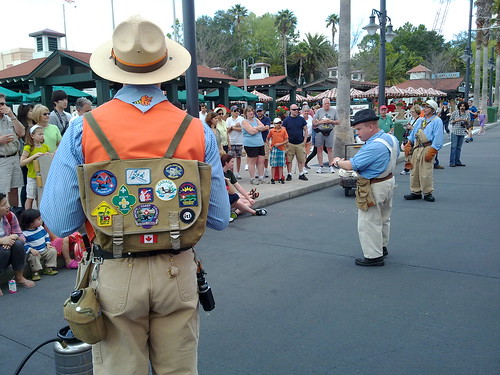 Pumpin’ up Solution A, originally uploaded by Erin aka Tink*~*~*. 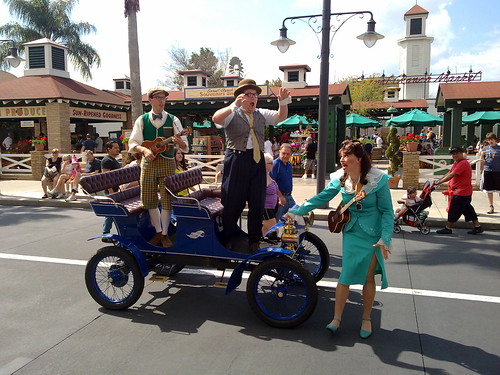 Heard something about blue grass and mint juleps 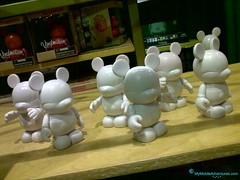 The Daily Disney reports on the grand opening festivities of D Street, a new merchandise store in Downtown Disney, Orlando. More intriguing to me than the “dominant presence” of Vinymation figures (I may never “get” Vinylmation…) is the somewhat flash-mob-ish live entertainment. Dewayne Bevil reports, “What I really liked about this entertainment was the surprise incorporation of dancers dressed as everyday cast members. The guy in the back looked like one of Disney World’s street sweepers.”

I don’t know about you, but I think I would really like to be walking down Main Street and suddenly find myself in the middle of an unexpected flash mob. As long as they did it randomly (no schedules with people sitting on the curbs waiting) and not too often, I think it would be a cool bit of serendipity to happen upon.

Places I can think of where this would be really cool: 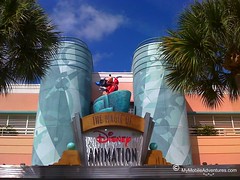 Yes. I know. Disney should hire me as an entertainment Imagineer. Are you listening, Mouse?

READER MAIL: Questions about Ohana and the Polynesian

“Ohana” means “family” – and “family” means no one gets left behind or forgotten.

I got a message on Facebook from a friend and fellow blogger –
“Have you ever eaten at Ohana at the Polynesian? How is it? I tried making reservations online but they say they don’t have any! So I think I’ll call but wanted your opinion.”

Ohana is very popular. Keep calling – sometimes people cancel just before the window (I can’t remember – it’s 7 days I think or you forfeit the deposit – I think. Ask when you call!).

The food is good and the entertainment is fun, but it is really geared toward families with children little enough to want to get up and play all the games. Also it is a LOT of food – it’s one of those places where they would put an entire cow on your plate if you let them.

What I like best about eating at Ohana is having a fruity cocktail in the Tambu Lounge beforehand and going out to the pool bar afterward for a nightcap. In the Tambu Lounge, they serve drinks in “the glass that looks back at you”. At the pool, they tend to pipe in the music from Wishes and you get to see it from the Polynesian’s beach.

Got a question you think I know the answer to? Leave a comment or E-mail Me!

While I was at Walt Disney World last weekend, I noticed that much of the merchandise in the shops, both inside the parks as well as at Downtown Disney, was drenched in color. Splashes of bright, nearly-neon color were everywhere. It was as though a box of Crayola Day-Glo threw up all over The World (ewww!). OK, bad analogy for something I actually liked, but you get the idea, right?

Now that I’ve seen the video below, I’m thinking perhaps it’s intentional, to celebrate the opening on June 11th 2010 of World of Color, a new multi-media night time show that will apparently make its home at Disneyland in Anaheim, California. Watch this: